What do you do with green tomatoes? 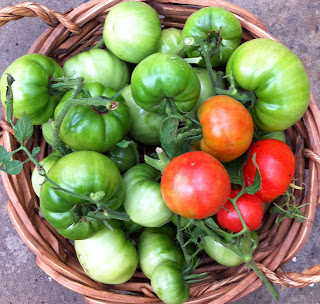 They are so beautiful I wish I could use them as a center piece for a while . . . sigh . . . but nature has a way of moving them along from green to red.

A few of these have been turned into relish. The recipe I used last year has disappeared! So this year's batch is different. The problem is . . . I don't like pickles! so it is difficult to judge what method and which ingredients will make the best relish.

Here is the recipe adapted from one I found. 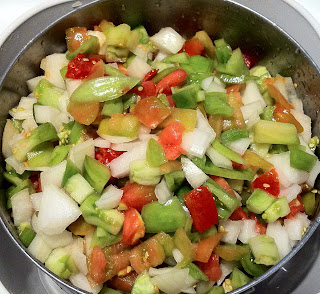 In a large pot, heat 1-½ quarts apple cider vinegar to the boiling point.

Simmer until the tomatoes are transparent, 1 - 1-½ hours. Place in sterile jars, cap and let cool.
Posted by Annisquam Herb Farm at 22.9.11